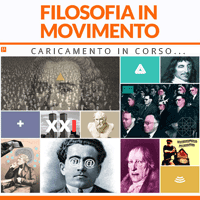 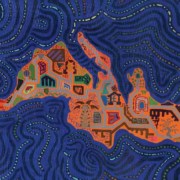 The controversial narratives of modernity now lead to two approaches: the first advocates a decontextualized or even transhistorical modernity; the second (which we support) attempts to re-anchor modernity in its European context in order to put these dubious universalizing aspirations into a specific perspective. The resulting hypothesis is that n the age of globalization and ascending multiculturalism it would be better for Western modernity (continental and Anglo-Saxon) to adjust these foundations and abandon in particular its Eurocentrism, in order to recognize the contributions of other cultures in the advent and fulfilment of Western modernity.

For the laudators of European modernity, the collapse of the world of the ancients has brought forth an exceptional and even transhistorical time. The new world is no longer the exclusive preserve of a transcendental God, it has now been organised from all parts by the free will of the “white man”. Thus “the transcendence of gods is simply transferred to man.” This historical turning point was certainly the prerogative of a long and arduous process of scientific and philosophical maturation that the European continent experienced since the Italian Renaissance. Nevertheless, this gave an aura of “mystery” around this unfailing European “genius”. This led later and quickly to the ideology of “Eurocentrism” fuelled by a series of dogmas of racial (Nazism, fascism, etc.), chauvinist (the European nation-state) and linguist (French-Anglophony) nature, paving the way for a colonial movement at the end of the 19th century. It is from this historical moment that the modern world is polarized into two conflicting entities: enlightened/rationalized West versus Orient (mythical and static). In 1978, Edward Said, a professor of comparative literature at Columbia University in New York, wrote Orientalism, a book that had a worldwide impact, as evidenced by its translation into 37 languages.

In Orientalism, Said analyzes the system of representation in which the West has enclosed – and even created – the East. The book is more topical than ever, because it traces the history of anti-Arab and anti-Islamic popular prejudices, and reveals more generally how the West, throughout history, has understood “the other”.

The second story: the Judeo-Christian origins of modernity

At first instance, saving modernity from its pretensions and arrogance includes to reread and rediscover its roots which go back to the ancient Greeks and Judeo-Christian theology, in chaining with the romanticism of the 18th century and the rationalism of the Enlightenment. According to Ch. Taylor, the malaise of modernity is due to the alleged incompatibility of these three sources: theism, rationalism, and romanticism. The Canadian philosopher’s instruction is to meditate deeply on the various elements that would have cut modernity in these three distant moral sources: God, Nature and History. These sources are, in fact, the paradigms of Hyper-Good. They were, in view of its values, the benchmarks of continental and Anglo-Saxon authenticity. These identity markers are so entrenched in European and American culture that no one would intend to get rid of them. For Taylor, these “reference frames” are not dispelled, but simply forgotten in everyone’s heart. Indeed, these parameters are timeless. They rise by their omnipresence on all modes of conventional time. In other words, they are not ephemeral historical facts, but rather “Geschichte” facts in the Heideggerian sense of the term. In view of these extraordinary qualities, the founding sources of human identity in general refuse the contingent and the accidental because they appear to us as the one and only bulwark of the “fragility of the human condition”. To rehabilitate the power of these inhibited sources in the depths of our unconscious and our community imagination is to acquire a collective and individual power over the fleeting, ephemeral and eternal flow of time. Moreover, it is remedying the inherent structural vulnerability of human beings.

The third story: the failure of modernity

Critics of modernity, such as deconstructivists from Nietzsche and these French intellectuals (Derrida, Deleuze and Foucault), deeply and even fiercely criticize the dangerous excesses of instrumental modernity that resulted in the “disenchantment of the world”, according to Max Weber’s use, and also the perdition of all the heroic dimensions of life. Moderns are only attached to small and vulgar pleasures, or to a “minor comfort”. The modern individual is brought back to live in the solitude of his own heart. “Do the secularization and disenchantment of the world, the separation of the world from phenomena – in which technical action takes place – and from the world of the being – that enters our lives only through moral duty and aesthetic experience -enclose us in a cage according to Max Weber?” (Alain Touraine, Critique de la modernité, Paris, Fayard, 1992, p.113)

The narrative of the failure of modernity is already the fundamental sentence of an inescapable overcoming towards a Postmodernity capable of relativizing the hegemony of instrumental reason and, in particular, the supremacy of continental/Anglo-Saxon Western civilization. This could give a new chance to recognize the contributions of non-Western modernities in the fulfilling of human beings and humanity.

Secularism, what can we learn from history?